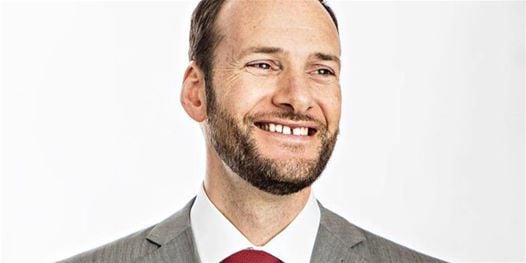 San Francisco, Calif. — District attorney Chesa Boudin acknowledges that the Tenderloin District of the city is plagued by drug sellers from Honduras, but frets that arresting them isn’t really worth it.

Boudin, a former public defender who vowed as a candidate to prosecute fewer criminals, is not inclined to address how the surge in drug sales during Covid lockdowns was affecting city residents, and instead focused on the plight of the drug dealers themselves.

Many were trafficked and their families were at risk at home if they cooperated with authorities, Boudin said in a webinar last week.

Therefore, authorities shouldn’t arrest or prosecute them, said Boudin, the son of convicted killers in the terrorist organization The Weather Underground.

We send thoughts to the families who have lost loved ones friends and family to the drug addiction crisis locally. Here is what @chesaboudin considers an explanation for all of the overdoses and the prevalence of Honduran dealers.

“Boudin’s solution. Allow San Francisco’s TL residence to be held hostage by Honduran cartels in solidarity with the dealers,” one remarked on Twitter.

“So the Honduran drug dealers family is worth more than the thousands of residents and even drug addicts living in San Francisco? Did I get that right,” asked another.

“I can’t believe I just heard the most compelling case for border security,” said a third.

Boudin is a bakery to me. Please note that when he ran for DA, he had a ground game. Someone came to my door and rang my bell to try to persuade me to vote for Boudin. None of the other candidates had people in this single family neighborhood.

Lawlessness. Chaos. The Antichrist agenda of the commie democrats. Anyone casting a vote for them now, when it’s clear what they represent, is casting their lot for the devil. Open borders guarantees the spread of lawlessness and we become the kind of countries that the illegal immigrants are running away from. They run to America, then illegally vote in our elections for the very thing that corrupted their own countries. Free stuff = robbing the working class to support the freeloaders.

You get the government you deserve.

The entire left coast is controlled by left-wing lunatics. Nothing they do surprises me anymore.

It would be impolite to stop our Honduran guests from freely expressing themselves.

Just keep voting Democrat, let’s see how bad it can possibly get.

Gee. And not so long ago one of the Star Trek films had San Fran as the Capitol of The Interplanetary Federation.

He will be the next Grand Marshal in the Folsom Street Fair to peddle his own float.

Do Democrats really think there are enough criminals and terrorists to keep voting them into office? Oh wait…they don’t! That’s why they need to augment their criminal base with stolen votes from vote-by-mail. Got it.

the Bruce
Reply to  D3F1ANT

he’s obviously on the payroll…duh.

100 DEA officers will clean it up for you in a week. There’s obviously no need to ask for permission to get started.

The picture looks like he’s a good candidate for the village idiot in Deadwood. Gap tooth Boudin.

the Bruce
Reply to  FOAD

Hey..I know Deadwood, SD. Those folks would drop him like a bad habit.

FOAD
Reply to  the Bruce

I’ve visited and you’re right. Spent 6 weeks on the road visiting every place the road took us west of the Mississippi. Except for Or. Wa. and ND.
I was referring to the HBO show though, no offense meant to the fine people of Deadwood.

Lol, California voters are the stupidest people on earth!

They are the Laughingstock of the Nation.

I’m Surprised said No One Ever.

You get what you vote for.

No one can pretend to be surprised that the child of cop-killers, raised by violent terrorists, and himself an afficianado of violently oppressive government, would support criminals over orderly citizens to further the destruction of a representative democracy. Thank the SF voters for this debacle. Kind of sad to see the cesspool that SF has become.

2b expected from the commie libt**t soros da

True. Little did Boudin know that BLM/Antifa/Cartel Inc. would do all his work for him.