Backdoor handgun ban up for a vote in California 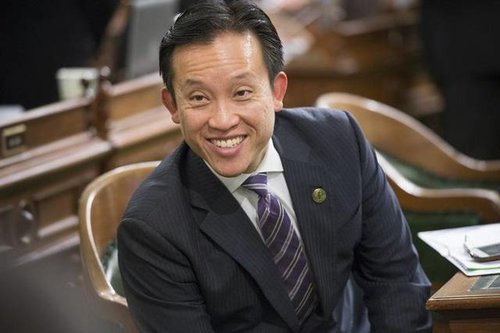 Sacramento, Calif. — A proposed amendment to California’s Handguns Certified for Sale law seems like a minor change at first, but Second Amendment advocates warn that it would amount to a de facto ban on handgun sales in the state.

AB 2847, would relax the state’s difficult microstamping requirements, but at the same time, it would remove three older handgun models for every new handgun it adds to the official roster of those safe for sale.

“In theory it makes the California microstamping or handgun roster easier for manufacturers to comply with,” said gun rights activist Reno May.

“What it really is is a backdoor handgun ban that would slowly remove guns and make it so that guns could not be added in the future. This is a bad bill,” he cautioned on Thursday.

“AB 2847 is an attempt to save a clearly unconstitutional law, and further restrict the rights of Californians.”

Reno and others note that mandatory microstamps, meant to identify handguns, are easily removable, rendering them ineffective.

This bill is scheduled for a vote by the Senate Appropriations committee on August 13th.

For more Crazyfornia news, check out our home page at PressCalifornia.com

David Chiu…Leland Yee who else, I wonder why California Republic now is turning into People’s Republic of Commiefornia.

Those cheap old .22 pistols that I should have thrown away a few years ago will now be worth good money in California.

Also the person(s) who broke their sworn oath and CREATED this bill need to be ARRESTED FOR VIOLATING THEIR SWORN OATH.

Machine Gun Lee was smuggling full auto AKs along with Shrimp Boy to the Philippines .. He was released a few months ago..The democrats are in bed with the chi coms and look att his grinning fool planing to do the chi com biding of disarming Kalyfonians.. In Nov, we have a chance to bust their head lock on the legislature. If we can knock off these drones from chiina, we can stop the democrat communist takeover of Kaly..

possibly Mr Chiu is a member of the CCP and working with his fellow comrade in the CALPERS fund to.. Disarm Americans using bribed CA legislators to do the Chinese Communist Party’ biding on disarmament along with Bloomberg who also has ties to the CCP ?? Just saying …

The ‘good idea fairy’ has struck again. This amendment would accomplish the elimination of handgun sales in California, just as the article says it will. It is rediculious that urban populations in small regions can rule areas far greater than their own. It is all nonsense. California can pass the laws, but the real tradgety is they will reduce the ability of individules to defend themselves, their homes and families from the people who disobey their stupid laws. Progressives are cowards and they prove it ever so frequently.

Bullshit law of course. (I wonder how many weapons the little HBD conformist has that he doesn’t talk about?) All this sort of thing is create a black market. Since critical thinking is foreign to these types, that never occurs to them. That said, an easy way around it would be for the Mfg.to change the model number of an older gun. A Glock 17 would become a Glock 17 ‘Cal’. for example. A ‘Different’ weapon, different cosmetics perhaps, but otherwise mechanically the same. This is the same sort of technical workaround similar to what you encounter when you want… Read more »

We should have kept the canal and given them California…..

You have to wonder how many guns are bought OFF the books in Kaly. The criminals certainly have zero problems as you might notice that felons picked up usually have a pistol 2 hours out of the slammer.. Somebody is selling them those hot guns.. They know that they cannot successfully impose Marxism on a heavily armed population. Hence we see the NY Att Gen continue Comrade Obama’s efforts to get rid of the very effective NRA and other 2nd A grps and now this little back door disaster. Its probably freaking them out that guns have disappeared off the… Read more »

Bans are ALWAYS boons for criminals.

Democrats (Marxists) know that you cannot impose the tyranny of socialism on an armed populace.

No branch of government, no court, no state nor any official have right or authority within the Constitution to restrict or regulate the Peoples Bill of Rights. Only a change to the amendment is legal all other laws are repugnant and void. Tell the government to lick lead.

The problem is, liberal members of the SCOTUS have no hesitation to nullify or even reverse the intent of the Bill of Rights. Look what they have done to the First and Second amendments. “Shall not be infringed” means nothing to them, and Justice Roberts has done everything he can to avoid hearing some very important Second Amendment issues. For instance, a law-abiding citizen cannot transport a firearm whose ownership is constitutionally guaranteed, across country without the fear of serving time in a state penitentiary. This needs to be fixed.

<b>If you really think about it, Democrats want women subject to rape.</b>
1. They try to make gun ownership impossible.
2. They would take guns away ASAP if they could.
3. They are now de-funding and tying the hands of police.
4. They are releasing convicted criminals ostensibly due to Covid-19.
5. They are encouraging lawlessness.
6. They are bringing in illegal aliens from lawless SH countries.
A trained 97 pound woman with an AR-15 can wipe out a squad of home invader gang rapists all by herself.
Democrats want her defenseless and raped. That’s the basic bottom line.

swallowing is what they do best

lets end Newsom career, sign the petition. Otherwise we are stuck with him till 2022, he has plenty of time to totally destroy Calif.
recallgavin2020.com/petition/

Defund the Left- Cancel your Pay-TV
Reply to  charlie

And who will we get in return, a Marxist Lesbian BLM NAzi-antiFA vaccine pusher?

FOAD
Reply to  Defund the Left- Cancel your Pay-TV

OTA all the way!

“And how we burned in the camps later, thinking: What would things have been like if every Security operative, when he went out at night to make an arrest, had been uncertain whether he would return alive and had to say good-bye to his family? Or if, during periods of mass arrests, as for example in Leningrad, when they arrested a quarter of the entire city, people had not simply sat there in their lairs, paling with terror at every bang of the downstairs door and at every step on the staircase, but had understood they had nothing left to… Read more »

Required reading that is. Buy a copy read it and give it to another. Buy today

The crazies still run it because the drone population still is very kool with being given orders by Gel Hair. I think the best we can hope for is picking off a dozen of their comrades in the legislature and making it hard for them to pass this crap. Even though some DemoRats are new gun-owners, they still will vote neo-communist democrat. I happen to know two that love their guns but vote for hard core Marxists..