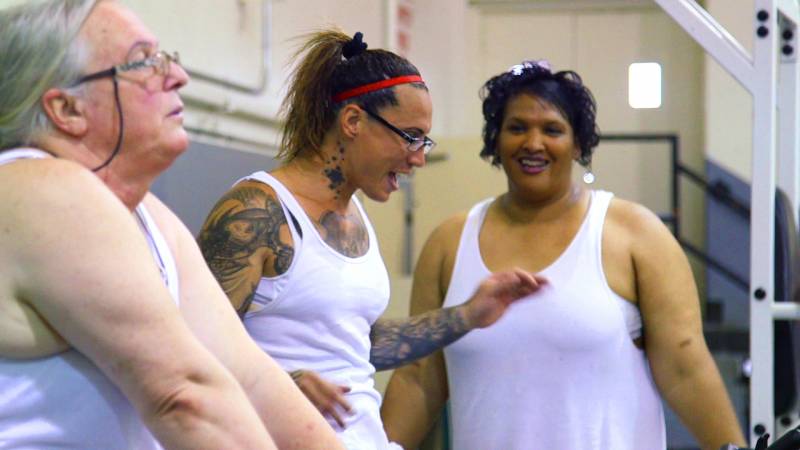 Sacramento, Calif. — The California Senate and Assembly are considering numerous odd sex-related pieces of legislation in the last week of the 2020 legislative session. They include a bill that would fund sterilizing drugs and surgeries for children and adults with gender dysphoria. Another that gives male inmates the legal right to live in women’s prisons and requires guards to use language confirming gender identities such as “transsexual, non-binary, two-spirit and māhū.” And a third that lowers the penalties for adults who have sex will same-sex minors.

Here’s more about these and three other bills in the California Family Council’s list of worst bills remaining in Sacramento. Needless to say, the CFC, which promotes biblical values with confirming social science research, strongly opposes them.

AB 2218: Funds sterilizing drugs and surgeries for children and adults with gender dysphoria.

The bill, authored by Assemblyman Miguel Santiago (D – Los Angeles), establishes an “LGBT Transgender Wellness Fund,” to provide grants to nonprofits, hospitals, health care clinics (like Planned Parenthood), and other medical providers to pay for puberty blockers, cross-sex hormones, and mastectomies for minors (as young as 13), as well as cross-sex hormones and “sex-change” operations for adults. Originally the bill asked for $15 million to start the fund, but that amount was recently removed from the bill text. Now the exact amount added to the fund will be decided by the legislature at a later date.

Dr. James Dobson, the founder of Focus on the Family, said this about AB 2218, “This isn’t the fulfillment of personal autonomy – this is the celebration of acts of cruelty.”

This bill, authored by Senator Scott Wiener (D – San Francisco), would allow any incarcerated male to claim that he has a feminine “gender identity” and give them a legal right to be housed at a women’s facility. Correctional facility staff, contractors and volunteers would be forced to use language pretending that inmates are the gender they identify as, including but not limited to the following gender identities: “Neither exclusively male nor female or is in between or beyond both of those genders, including, but not limited to, gender fluid, agender or without gender, third gender, genderqueer, gender variant, and gender nonconforming.” It also includes genders such as “transsexual,” “two-spirit,” “māhū,” “Nonbinary,” and “intersex.”

In 2013, AB-154 lowered the health safety standards for women in California by letting non-physicians, including nurse practitioners, physician assistants, and certified nurse-midwives do first-trimester surgical and medical abortions. State legislators are at it again this year with the introduction of SB 1237, a bill authored by Senator Bill Dodd (D – Napa) to remove the requirement that certified nurse-midwives be directly supervised by a doctor. AB 890, authored by Assemblyman Jim Wood (D – Healdsburg) does the same thing for physician assistants. According to the Right to Life League, these bills threaten women’s safety and the lives of unborn children.

Sen. Wiener also introduced SB 145 giving judges discretion over whether to make an adult register as a sex offender if they had sex with a willing same-sex minor. The discretion is only allowed if the minor victim is 14-year-old or older and the statutory rapist is less than ten years older. That means a judge can give a break to a 24-year-old who seduces a same-sex 14-year-old. The law currently and wrongly gives the same judicial discretion to similar statutory rape cases if the victim and perpetrator are opposite sex.

This bill, authored by Assembly Member Cristina Garcia (D – Downey), changed the reporting requirements for mandated reporters if the perpetrator is younger than 21, the minor victim is 16 or older, and the sexual activity is consensual. Then means a high school teacher who knows or suspects one of her female students is having sex with a 20-year-old man, they are no longer required to report it to authorities. This bill is especially concerning in light of how many LGBT organizations are sponsoring social events between young teenagers and young adults.

Greg Burt, Director of Capitol Engagement for the California Family Council, can be reached at gregb@californiafamily.org or (949) 244-2080.

Stool-pushers have grabbed the reins away from the drug pushers.

SB 1237 and AB 890: Lowering health standards for abortion providers again In 2013, AB-154 lowered the health safety standards for women in California by letting non-physicians, including nurse practitioners, physician assistants, and certified nurse-midwives do first-trimester surgical and medical abortions. State legislators are at it again this year with the introduction of SB 1237, a bill authored by Senator Bill Dodd (D – Napa) to remove the requirement that certified nurse-midwives be directly supervised by a doctor. AB 890, authored by Assemblyman Jim Wood (D – Healdsburg) does the same thing for physician assistants. According to the Right to… Read more »

This is a sicko state.. Yet they continue to be voted back in.. And AZ is now the destination state ..

Scott Wiener is self admitted gay..but on the far end of the alphabet gay..
after the LGBTQ..there are 10 or more letters (they have all the colors of the rainbow now they want the entire alphabet) Wiener is in the last three or four of those letters

They did it the pedophile freedom law SOB

Upside they will eventually die off leaving the insanity to die with them.

Freaks are the New Normal.

It’s like the Democrats are trying to make things as bad as possible for anyone but their elite leadership and their brown shirt terrorists.

Twisting themselves into psychological pretzels in order to deny that human sexual perversion indicates the existence of conflicts and anxieties repressed in the human unconscious.

California spends NO time trying to solve the hundreds, if not thousands, of problems they face. Instead they spend all their time with new “gender” trash!

I’d care, but I moved to Texas a week ago. Bye, bye Lala land. You’re beautiful but bat-sh&t crazy.

We moved to Montana last year. Texas heat and humidity was too much for us.

Why? Because THIS is what’s “important” to us here in CA. /s

Not surprised that two of these are Wiener bills.

Yes! Looks like it’s time to rev up the Anti-WienerMobile.

Call or email your state Assembly and Senate members — even if they are seemingly for nonsense like this — and strongly urge NO votes on all of the sick stuff listed above.

Enjoy the filth and degeneracy of the California mindset. Caligula had nothing on the perversion taking place in the chambers of the State’s fetid bowel cavities. Shelter in place and not transport this effluence to another state. Note: not everyone is a pusillanimous patsy for bullshit. Leave your new titties by the door Susie, the folks next door won’t let you visit their kids in the backyard for ANY reason.

Enough with this already. The CA assembly does as much damage as possible with every session.

Glad to know they have their priorities, um, straight during Covid, riot and fire seasons.