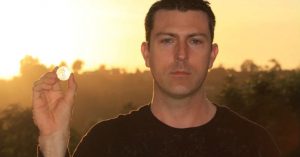 A best-selling political author and commentator based in Los Angeles could be deleted from YouTube after posting a short clip of Kyle Rittenhouse and criticizing Democratic Vice-Presidential candidate Kamala Harris.

Mark Dice, who has 1.6 million YouTube subscribers and millions of weekly video views, warned his audience on Wednesday that his days could be numbered on the Google-owned platform for so-called policy violations, from which liberal commentators seem immune despite posting violent and inflammatory rhetoric.

Should Dice, best known for his hilarious skewering of CNN reporter Brian Stelter and for writing the best-selling book The Liberal Media Industrial Complex, be banned? See his latest video and decide for yourself.

Use Banned.video
Use Bitchute

I can’t understand why American patriots still use youtube and facebook… I hear good things about Parler.

That explains why his YT vid wouldn’t play for me today. Google sucks.

I wish the people doing GiveSendGo would open up a social network & a youtube channel.

Mark Dice is bait in a progressive aquarium. The entertainer has to understand it’s their platform and they, like Twitter and Facebook make the rules. He can work the edges or confront their onerous and unfair rules. Skirting takes some gile and thought but complaining while on their field is an exercise in frustration.
In fairness if I ran a social media platform I’d ban most people…

Your honesty is refreshing.