(NOTE: This report was published in January 2021.)

‘We could open champagne tomorrow’ 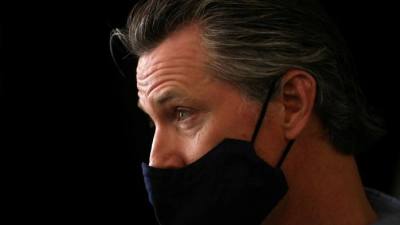 Washington, DC – A conservative legal watchdog group has announced that it received hundreds of pages of documents revealing the contract materials and communications related to a $1 billion contract for face masks between the California Office of Emergency Services (OES) and the Chinese Communist Party linked BYD.

Congress has attempted to ban BYD from some federal contracts and has also been criticized for providing faulty electric vehicles and lithium batteries to U.S. buyers.

The documents, all 848 pages of which can be viewed here, reveal that an OES legal representative admits that the state deviated from their normal procurement process for this contract.

Additionally, in the contract with the OES, BYD uses a different name, Global Healthcare Product Solutions, LLC., and BYD provides no liability or warranty for the masks if they are faulty.

The records, released by Judicial Watch on January 5th, were produced in response to a Public Records Request to the California Governor’s OES for all records and communications related to the state’s contract for masks with BYD.

‘Normal procurement process has been deviated’

The records include an April 7, 2020, email from the OES Assistant Chief Counsel Jennifer Bollinger to Oscar Su, Senior Director of BYD America, in which Bollinger states, “Our normal procurement process has been deviated from given the exigency of the situation.”

In an April 6, 2020, email Stella Li, the president of BYD Motors (the guarantor of the masks) tells Mark Ghilarducci, the director of the OES that they should, “open champagne tomorrow morning at our conference call,” where they will finalize the purchase by California of $1 billion worth of BYD masks.

On April 7, John Zhuang, counsel for BYD and BYD’s lead negotiator, sent the finalized contracts to Bollinger, who led the negotiations for the OES. Bollinger replied, “This is very exciting!!! We will circle back today with the signature as soon as we can.”

In an amendment to the master agreement, BYD had to refund $247 million to California of the $495 million down payment they had received apparently because they weren’t able to meet the deadline of receiving National Institute for Occupational Safety and Health (NIOSH) certification for their N95 masks. The certification deadline was extended from April 30, 2020, to May 31, 2020.

SF employees pension fund all over the deal

Teng responded, offering to assist with the procurement of N95 masks: “Paul I would like to introduce Grady Joseph Assistant Director of Recovery Operations for Cal OES from the Governor’s OES. We know Grady is in good hands and want to thank you for your partnership.”

Teng later responds, “Hi Grady, nice to meet you through email though I wish it was under better circumstances. We have a deep relationship with BYD which is now the largest mask maker in the world capable of producing 10MM masks a day. I have just facilitated an order between BYD [redacted] to procure 4 MM in N95 masks and 3 MM surgical masks that will be delivered over the next three weeks or so in batches. Happy to make the same connection as well. My number is below if you need to reach me.”

Brian Stansbury, a member of the board of San Francisco Employees Retirement System (SFERS), introduced Paul Teng of Himalaya Capital (with whom SFERS reportedly had invested $200 million and which Stansbury calls their “investment partners”), to Grady Joseph, OES Asst. Director Of Recovery Operations to help in the procurement of face masks.

Teng tells Joseph that Himalaya has a “deep relationship” with BYD, which he claims, “is now the largest mask maker in the world.” Oscar Su, a BYD executive introduced by Teng to Joseph and another OES official, responds, “Thanks Paul for the introduction.”

BYD hides behind shell front based in Delaware

The contract states that the “Buyer will support the Seller’s efforts to obtain the National Institute for Occupation Safety and Health (“NIOSH”) certification for the N95 masks purchased under this Agreement.”

Pursuant to a “Sweatfree Code of Conduct” provision of the contract, the Seller guarantees that no material furnished to the Buyer “have been produced in whole or in part by sweatshop labor, forced labor, convict labor, indentured labor under penal sanction, abusive forms of child labor or exploitation of children in sweatshop labor…”

In a “Nondiscrimination” clause of the contract, the Seller agrees to not “unlawfully discriminate” against any employee based on “ancestry” or “religious creed.” The provision also calls for the Seller to adhere to the “Fair Employment and Housing Act.”

California’s OES had to provide a 50% down payment totaling $495 million (one-half of the total $990 million contract) under the payment terms of the contract.

According to a purchase order, Global Healthcare Product Solutions (the Seller) is a subsidiary of BYD International Development based in Los Angeles. BYD was to supply 300 million N95 masks at a unit price of $3.30 each.

In an April 3, 2020, email exchange between Bollinger and BYD’s counsel, Zhuang, Bollinger asks Zhuang why BYD is using a company called “Global Healthcare Product Solutions, LLC” as the “contracting entity” for the masks. She notes that “I understood this to be a contract directly with BYD North America.”

Zhuang then responds, saying, “BYD’s contract manufacturing division started Global Healthcare Product Solutions earlier this year to sell healthcare products in the US … They picked the name because they wanted folks to recognize it as a business that sold healthcare products, not to be conflated with the EV [Electric Vehicle] / clean energy business.”

All that money, no warranty included

The contract contains a provision that “Seller warrants that no gratuities … were offered or given by the Seller, or any agent or representative of the Seller, to any officer or employee of the Buyer with a view toward securing the Agreement …”

In an April 2, 2020, email, Trevor Houser of “Frontline Support” connects multiple BYD and the OES representatives. Frontline Support shares the same address in Oakland, CA, as Rhodium Group, where Trevor Houser is listed as a partner. Rhodium describes itself as “an independent research provider” combining “economic data and policy insight to analyze global trends.”

In an April 24, 2020, email, Shige Honjo from “Frontline Support” provided advice/directives to BYD on quality control measures for the masks that were to be provided to the OES, describing various metrics that BYD should supply to ensure that the masks being provided met certain standards.

These metrics included, “Product cleanliness spec – number and size of particles allowed, blemish, etc.” and “Reliability specs – when does filtration become no good, how many times can the straps be stretched out, etc.”

The BYD representative in charge of handling shipments of the masks to the OES is Sean Li, Procurement and Logistic Supervisor of BYD Coach and Bus LLC.

While Buffett is a major investor, BYD has ties to the Communist Party of China, according to the Alliance for American Manufacturing. Chairman and CEO Wang Chuanfu was a delegate of the People’s Congress of Shenzhen. And Zou Fei, an expert of the “Thousand Talents Program” of the organizational department of the Central Committee of the Communist Party of China, is a supervisor on BYD’s board, the AAM reported in 2019.

‘Happy to help you facilitate this donation’

Weideman says in his email that BYD was willing to “donate” 50,000 masks to California, along with hand sanitizer, and asked if someone could “notify GGN” [presumably Governor Gavin Newsom] so they could “hopefully execute on BYD’s offer to help California, a place they and their unionized workforce call home for their North American operations.”

Abby Browning of the OES responds to Weideman, noting she’d been forwarded his email from O’Leary, and said, “I am happy to help you facilitate this donation.” Weideman replies to Browning, “Yes, address and receiving information would be great. I am copying Frank Girardot and Nancy Liu with BYD who can help coordinate logistics.”

In an April 24, 2020, email exchange among the OES officials handling delivery of 3.4 million masks from BYD, OES Dep. Director Mitchell Medigovich notes that “The physical count will be at the airport and upon movement into the warehouse for inventory and QC [quality control], we will notify receipt and if there are any deficiencies. We are only checking 1% due to volume.”

“The documents show how a well-connected and controversial Chinese firm was able to get a leg up on a billion-dollar mask contract with California politicians,” said Judicial Watch President Tom Fitton.

UPDATE (FEB 2, 2021): An earlier version of this story misspelled the surname of BYD President Stella Li. In addition, it suggested BYD was banned from some federal contracts for having supplied inferior batteries. To clarify, the proposed ban was related to efforts to bar the use of federal funds to buy Chinese buses and railcars. Nevertheless, the LA Times and others have indeed raised concerns about the performance of BYD’s electric vehicles. Press California regrets the error.

Are these the masks I see strewn about grocery store parking lots and kids’ playgrounds?

So glad to see this FLASHBACK article again. Perfect in light of Gruesome’s jackboot-on-our-neck re-runs.
“Hey! Break out the champagne! There’s money to be made from these chumps!” (also known as citizens)

“The difference between genius and stupidity is that genius has its’ limits.” Albert Einstein.

I bet there is a Biden in there somewhere.

Recalls only prolong this government.

Your government sucks too.

TREASON. Start the Executions of all Democrat Politicians.IMO

One billion? How about 250X that?
Search for ‘Ben Ming CALPERS China’
You California state employees, your pension money might be building the missiles that will deliver the returns, as nukes, that will barbecue your family in your home.
Eric Swalwell, shacking up with a Chinese agent has been named by Pelosi to head the Impeachquisition.

what do you expect when you elect somebody who OPENLY doesn’t follow the laws! same with US hating obama, corrupt hillary, bumbling biden, kommie harris etc…

He was SELECTED thru CHEATING!!!!!

It was a billion dollar deal to continue subsidies to a CCP company the CCP had recently stopped subsidizing. The CCP saw BYD as a failure and it had outlived its usefulness in the US. Every electric vehicle they produced was a failure in terms of expected run time, charge time failure rates and maintenance costs. So let’s make masks! BYD has a track record of failure, California loves to double down on failure. They elected Newsom!

So the governor used the workers pension fund to do this deal??
that should make the people of California happy …… not.
Have you signed the recall petition yet?

Unaccounted for and unaudited money is the lifeblood of every dem pol alive. No matter this exposure of crimes by newssolini, he is probably, laughing all the way to the secret bank.

Did the champagne come from the French Laundry?

Taking lessons from the Jerry Brown school of kneepads for cash.
Hey unicorns, how’s the high-speed choo choo coming along? Wear a Gavin mask and ride up front with the rest of the derailed idiots.

They can’t ride, they don’t have a pension anymore.

This BYD mask deal smelled from the beginning and now it stinks even more. Will have to read it again to get all the shady people and front companies and lobbyists and connections straight. In the meantime:
https://recallgavin2020.com