State legislators to tell pastors what to preach on LGBT 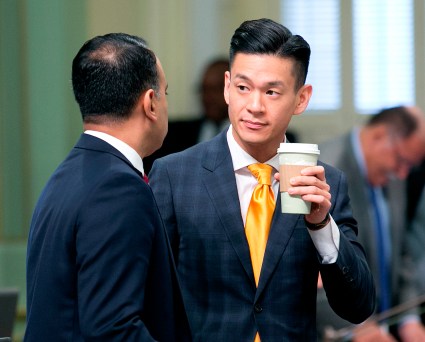 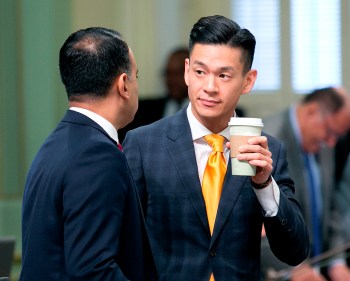 SACRAMENTO — Today before the Assembly Judiciary Committee, Assemblyman Evan Low plans to argue for a resolution aimed at telling religious leaders in California what they should preach from their pulpits. Assembly Concurrent Resolution 99 calls on “counselors, pastors, religious workers, educators” and institutions with “great moral influence” to stop perpetuating the idea that something is wrong with LGBT identities or sexual behavior.

Two “once-gay” pastors, Ken Williams and Elizabeth Woning, plan to testify against the resolution, calling it “discriminatory” against people like themselves, who overcame suicidal thoughts by following their faith away from their LGBT identities. They now lead a ministry, called Equipped to Love, that helps others like them find health and wholeness.

“For us, walking out our faith with biblical conviction means life and hope. Our faith has saved us from suicide and given us freedom to live with clear consciences, “Woning said.

“We too would like to be acknowledged and affirmed. … Instead, activists attack our efforts to care for like-minded friends by promoting dangerous counseling restrictions and stifling our free speech.”

Williams feels the same way. “For years, I believed that even God hated me because of my behavior,” he said. “But in my early 20s, I encountered a God … who loved me despite my sins and temptations. …Today, I love my life. I have been married to my beautiful wife for 13 years, and we have created four incredible children together. … To someone like me, California Assemblyman Evan Low’s proposed resolution, ACR-99, feels like an unfair and direct attack.”

Despite Low’s claim that this resolution has the support of some California religious leaders, other pastors and religious leaders with a traditional view on gender and sexuality are publically opposing ACR 99.

Besides Woning who wrote, “THE [NOT SO] SUBTLE DISCRIMINATION OF ACR-99,” and Williams who wrote, “Controlled by the State,” ordained pastoral counselor Pastor Joe Dallas published, “PRIDE OF OWNERSHIP,” in which he argues, “While warning against the dangers of so-called Conversion Therapy, ACR 99 restricts much more than counseling, which attempts to change internal sexual responses.

It, in fact, dictates to pastors that they cannot teach that homosexuality is a sin, nor can they encourage homosexually-attracted people who hold a traditional Biblical view to live in accordance with their own faith.”

A coalition of professional counselors, doctors, attorneys, and faith-based non-profits, have also signed onto a letter pointing out the resolutions inaccuracies, and it’s threats to basic liberty. “People should have the freedom to pursue what brings them true happiness and joy. ACR 99 is trying to cut people off from their own pathway to happiness,” writes the coalition.

The letter goes on to provide proof that traditional faiths are not the cause for high suicide rates among those identifying as LGBT. It points out that “Professional organizations agree that same-sex attraction and gender dysphoria are not simply biologically caused, they often change.” And “contrary to misrepresentations, therapists who are open to a client’s goal of change use non-aversive, well-established mainstream practices and evidence-based treatments for trauma and addictions used by professional therapists worldwide.”

The letter concludes by expressing, “grave concern that Assemblyman Low’s resolution, like the discriminatory guilds he references, privileges sexual and gender minorities of so-called “progressive” values and goals at the expense of those of traditional values and goals.

It is unconstitutional to strip any person of any First Amendment freedoms, and it is inhumane to prohibit individuals from addressing their own personal pain and desire for healing and change.”

California is Still Part of the US, unless it wants not to participate in the Presidential Elections and call itself an independent country.

So all Californians have the RIGHT TO FREE SPEECH.

The First Amendment starts out as “Congress shall make no law respecting an establishment of religion, or prohibiting the free exercise thereof; or abridging the freedom of speech …” Although ACR 99, is from the California Assembly and not Congress, this resolution violates the first amendment on two counts. The first violation is the establishment of law respecting what a preacher can or can not preach. The second violation is mandating specific speech, thereby abridging the preachers freedom of speech. This resolution may get legally endorsed by the Communist California Courts, or the 9th Circus Court, but once this case… Read more »

This is what the constitution is talking about with separation of church and state. This is the same as the state government creating and pushing its own religion if it thinks it can tell a church what it must preach and teach.

Why are these state legislators are targeting Catholic church’s beliefs and traditions? There are other religious denominations that are guilty of the same crime or even more. But why abolish our sacrament of confession, the grace that God bestowed upon us to seek and receive forgiveness for our sins? These legislators are robbing us Catholics of our right and freedom to practice our faith and religion.

Although this is only a toothless symbolic resolution that throws the extremists a bone, it nonetheless reminds us of where these people are coming from, doesn’t it? Puffed-up narcissist Evan Low and his ilk would love to shut down religion and traditional values but more than that they yearn to squash individuality with identity politics and groupthink. Thus I’d bet a lot of money that there are even average gays and lesbians who would strongly object to what the LGBT legislative caucus is trying to do here. Better not speak up though! Evan Low et al understand that the path… Read more »

I remember someone, somewhere leaving England for such reasons.

Yup, this is why my Puritan ancestors headed for Hingham, MA. Lived in SF for 30 years & had many gay friends, employees, neighbors, some were even Republicans. SF used to be the most free place on earth. God, I miss it.

It looks like the CA Democrats have FINALLY revealed whom they really are after all this time.. Soviet Communists. Only people who are drunk on power and are running a corrupt one party system would ever think about saying this enlight of the 1st Amendment. It appears they have thrown the gauntlet down. They have no power to tell anyone how to worship their god and what to believe. They have become what they really always were… Soviet Followers of Marx.

We need the state to guide us in our thoughts, actions and in our lives and tell us what to do, and what not to do.
(sarcasm)

Low is so filled with his own importance he seems to have missed the First Amendment.