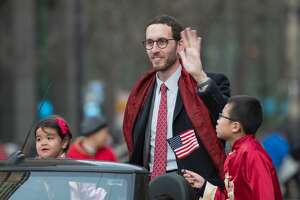 Sacramento, Calif. — California legislature finished its 2020 session this week by passing a bill to reduce the penalties on adults who have consensual sex with minors as young as 14 years of age.

Senate Bill 145‘s author, LGBT Caucus Chair Senator Scott Wiener (D-San Francisco), said the bill was necessary because current law is harsher if the crime involved homosexual sex between a young adult and a minor as opposed to heterosexual sex.

No Republicans were persuaded by the argument. Nor were some powerful Democrats, such as Assembly Appropriation Committee Chair Lorena Gonzalez (D-San Diego).

“Any sex is sex. I don’t care who it is between or what sex act it is. That being said, I cannot in my mind as a mother understand how sex between a 24-year-old and a 14-year-old could ever be consensual, how it could ever not be a register-able offense,” said Gonzalez, her voice cracking with emotion.

“We should never give up on this idea that children are not, should be in any way subject to a predator. And that is what it is…. Give me a situation where a 24-year-old had sex with a 14-year-old, any kind of sex, and it wasn’t predatory. Any example and I have yet to see it.”

(Watch the Monday hearing yourself. The original video is here, starting at 11:24.)

“In the age of historic sex trafficking and child trafficking here in California, I think this bill is entirely inappropriate,” Choi told his fellow members of the Assembly on Monday.

“I don’t understand why a 24-year-old volunteer coach should not have to register as a sex offender for being with a 15-year-old student. Statutory rape should be a register-able offense either way. … This is unbelievable. What kind of a bill is this? This is intolerable.”

That means a judge can give a break to a 24-year-old who seduces a same-sex 14-year-old. The law currently and wrongly gives the same judicial discretion to similar statutory rape cases if the victim and perpetrator had vaginal sex. The bill barely passed the Assembly with a vote of 41-25, and passed the Senate 23-10. See votes here.

This bill is especially concerning in light of how many LGBT organizations are sponsoring social events between young teenagers and young adults. For instance, the LGBTQ Connection in Sonoma County hosted a “Love is Love” dance for LGBTQ youth ages 11-20 two years ago.

The Rainbow Community Center in Concord held an LGBTQ Youth Rally for 11-25 year-olds. The LGBT Center of Orange County holds events for “allied youth leaders ages 14-24.” See details on these events and other LGBT events here.

Greg Burt is Director of Capitol Engagement of the California Family Council. He can be reach at gregb@californiafamily.org or (949) 244-2080.

Why would my comment be awaiting approval? What sort of site is this where cdensorship runs freely.

If discrpency is the problem, increase the penalities for hetrosexual predators.

Wait, wait, wait for it: Look at the ambulance chasing lawyer asking constantly on TV and elsewhere: “Were you a Boy Scout sexually abused by a …..?” Now, when some boy-child does not get that new Porsche as promised after getting a hefty buggering, will he seek to ‘report the perv? California is a toilet bowl brush…

Laws do not fix things. They merely reflect/reveal the state of the people.

cover their rear. no need to be vulgar.

Thanks be to the Lord that the 7 last plagues are soon to arrive.

Scott “Weiner” thinks this bill is necessary??
How damned creepy can this stuff get?

i just don’t know why people aren’t calling this era:

This should instigate an investigation into der weiner’s off duty activities.

There should be a predator for Wiener, something or someone who stalks him relentlessly, ready to snatch the life out of him.

This is Democrat incrementalism. They are getting bolder by the day. This started off as equal rights for gays. It will get progressively worse in every catagory. If you vote for anything or anyone Democrat, then you are complicit.

The voting public takes it in the ass again.

The face of a pedophile writing laws that benefit himself and his ilk. Had enough of California or does the smell of human sickness hover in sync with the hell fire engulfing a once great state? A pox on this turd and his “Stool Softener” laws.