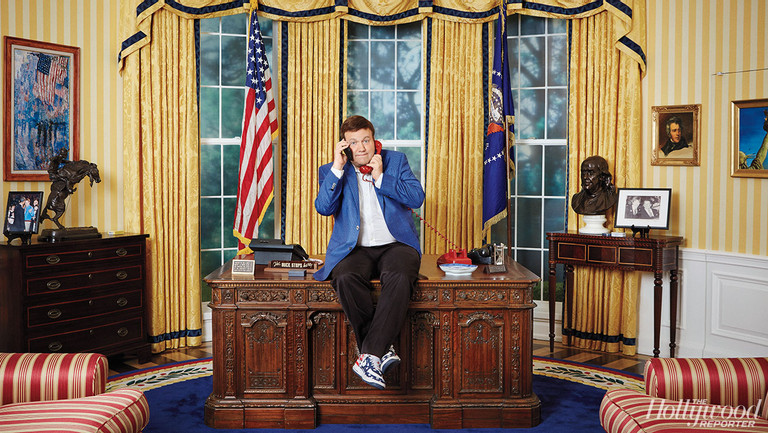 For more West Coast news, check out our home page.

According to former Trump Administration advisor Darren Beattie, House Minority Leader Kevin McCarthy met with a prominent GOP pollster known for his aversion to the President.

“Why does Frank Luntz have a reportedly sound proofed replica of Oval Office in his basement? What was Frank meeting with Kevin McCarthy about last week,” tweeted Beattie hours ago.

Luntz, a loyal Republican Party operative until the President took office, has spent years vigorously criticizing Trump, who dismissed him as a “low class snob.”

But as it turns out, Luntz does indeed have a replica of the Presidential office in his Los Angeles home, according to numerous news reports like this one.

Nevertheless, Beattie’s Twitter talk has an even more unusual puzzler. Besides citing the above item, he poses this question:

“People just stopped talking about Les Wexner. What is his relationship with Frank Luntz?”

What is his relationship with Frank Luntz?

Why does Frank Luntz have a reportedly sound proofed replica of Oval Office in his basement?

What was Frank meeting with Kevin McCarthy about last week?

Wexner, as some may recall, is an Ohio billionaire best known for being the personal banker and very close pal to (the late) Jeff Epstein.

We can’t say why Beattie, now the editor of Revolver.news brings all this up, but there is this unusual mystery from history.

Luntz was contracted by the Wexner Foundation, run by Wexner and Epstein at the helm, to operate messaging focus groups within the first ten days of the Iraq War.

So, Frank Luntz, GOP and GCC-linked pollster had been contracted by the Wexner Foundation (which was pretty much Les Wexner & Jeffrey Epstein at the helm)… and they were running messaging focus groups

Teams of psychologists have plugged themselves into the tax base in order to pursue an industry that survives off taxation for profit, and whose business model is to sell as much taxation as possible to the general public. This is the corruption of our civic structures into basically a counterfeiting machine, which in turn is effectively a mechanism to enslave the society as purely an engine of wealth for an increasingly small and ever more decadent, abusive elite. Asking for permission to be free is the validation they need to treat you like property. The only solution is simple lack… Read more »

Luntz has never been a Republican. He goes anywhere he is paid.

The plot thickens and I’m certain there is MUCH more to this story. Keep digging and you will find it. Patriots always do…

Seems as though we’ll have a better chance of doing what we need to do when all of these ominous-sounding puzzle pieces fit together to make a big sinister picture.

Seems like a rabbit hole. Where will it lead?